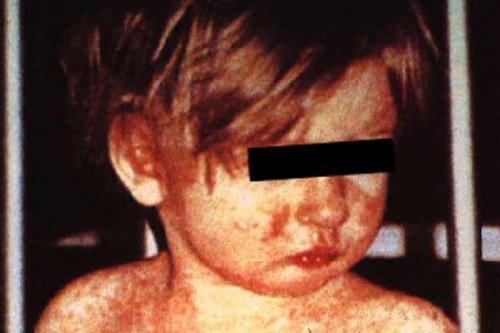 Three more cases of measles have been confirmed in Perth in what health authorities have dubbed an "unprecedented" cluster of cases in the city's south.

It brings the number of confirmed cases in Perth to 11, including babies too young to be vaccinated.

Another is a teenager from Baldivis Secondary College.

Authorities believe the outbreak started with a man from New Zealand who visited the area but has since returned home.

New Zealand has seen more than 1,300 cases of measles recently, and the deaths of two foetuses in pregnant women there are believed to

WA Health said in a statement that children and adults who had been inadvertently exposed were at risk of developing the disease if they were not already immune, and people should be vigilant for symptoms.

"People with measles typically develop symptoms approximately 10 days after being exposed to the virus, but this can vary from 7 to 18 days," the statement said.

"The rash usually starts on the face and spreads to the rest of the body."

The statement said public health staff would contact people potentially exposed to the most recent cases, but it would not be possible to contact and warn everyone who was exposed in a public place.

Many cases have been clustered in the Rockingham area but those infected could have also travelled to other places.

"Measles is one of the most contagious diseases in our community and it's very dangerous," Mr Cook said.

"That's why we have such a robust program around immunisation.

"It's obviously very concerning and our hearts go out to all of those families, particularly of young children who get infected.

"Baldivis Secondary College is very well known to myself, it used to be part of my electorate and I'm very worried for the students at that school as well."

However Mr Cook said he did not believe the outbreak would be as severe as the one it is linked to in New Zealand.

"We have had a very robust program of immunisation of young people to date and that program is now being extended to pharmacies to make sure that we get that penetration into the community," he said.

He said health authorities in WA were doing everything they could to manage the outbreak.

"We're not going to say to people they can't come to Australia, but we do expect all countries across the world to participate in this global effort to make sure we eradicate or control highly infectious communicable diseases," he said.

"We've all from time to time had to make sure that we've gone back to cohorts that have missed previous programs to ensure that we have that catch-up."

Children between the ages of 12 months and 18 months are being urged by authorities to get a measles vaccination, while a new adult vaccination was released earlier this year for people aged 20-53 years.